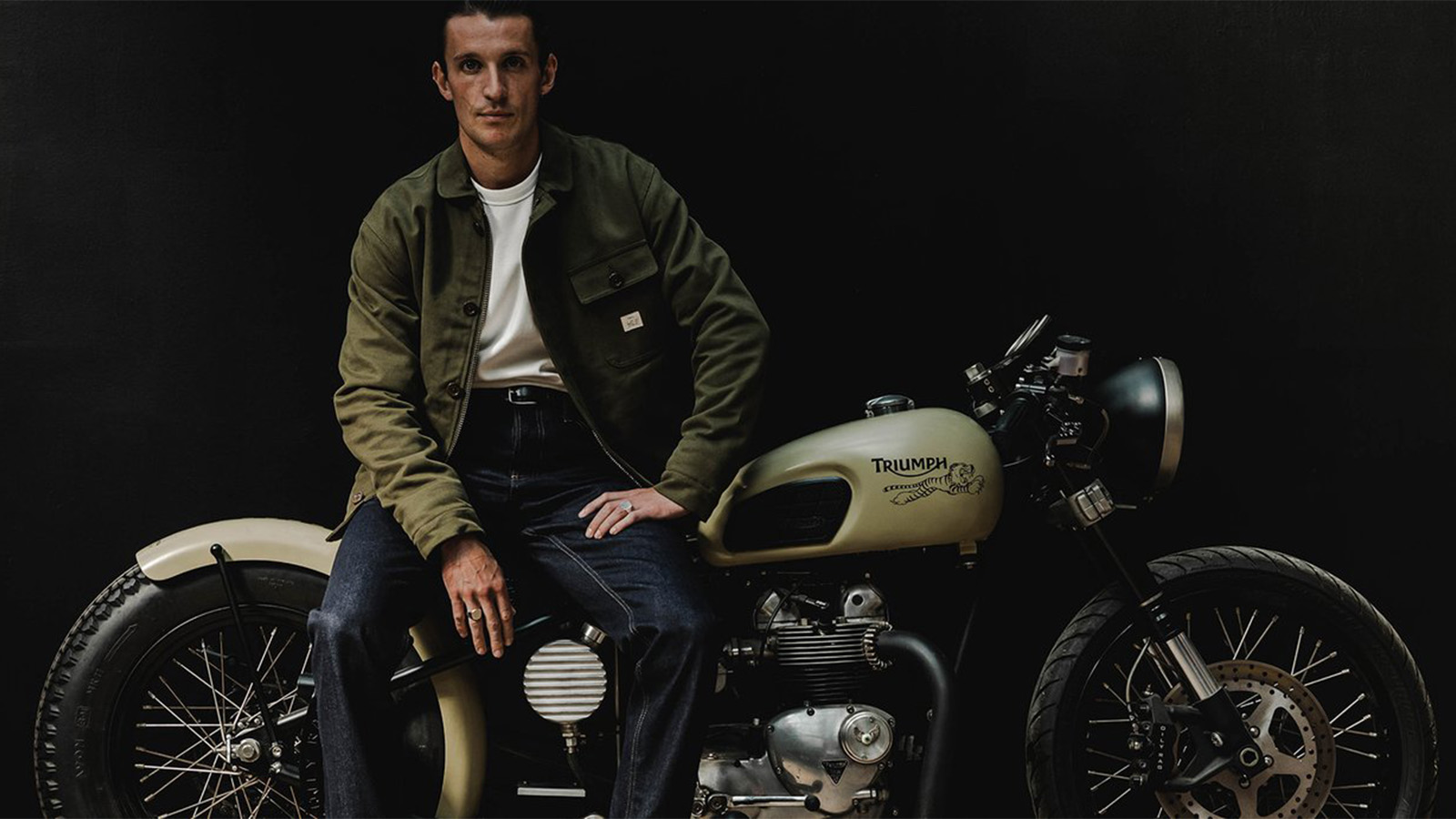 Provision & Co is a global lifestyle clothing brand that combines the creative passions of two friends; custom design, art, music, and anything with wheels. Their brand is all about the freedom to live your life your own way, a message that people all over the world are rallying behind. Our relationship with team P&Co started with trouble-shooting a Facebook Pixel issue, and since then we’ve supported them with two new website builds, their global expansion with a new US site, marketing strategy & deployment, and ongoing business consultancy. 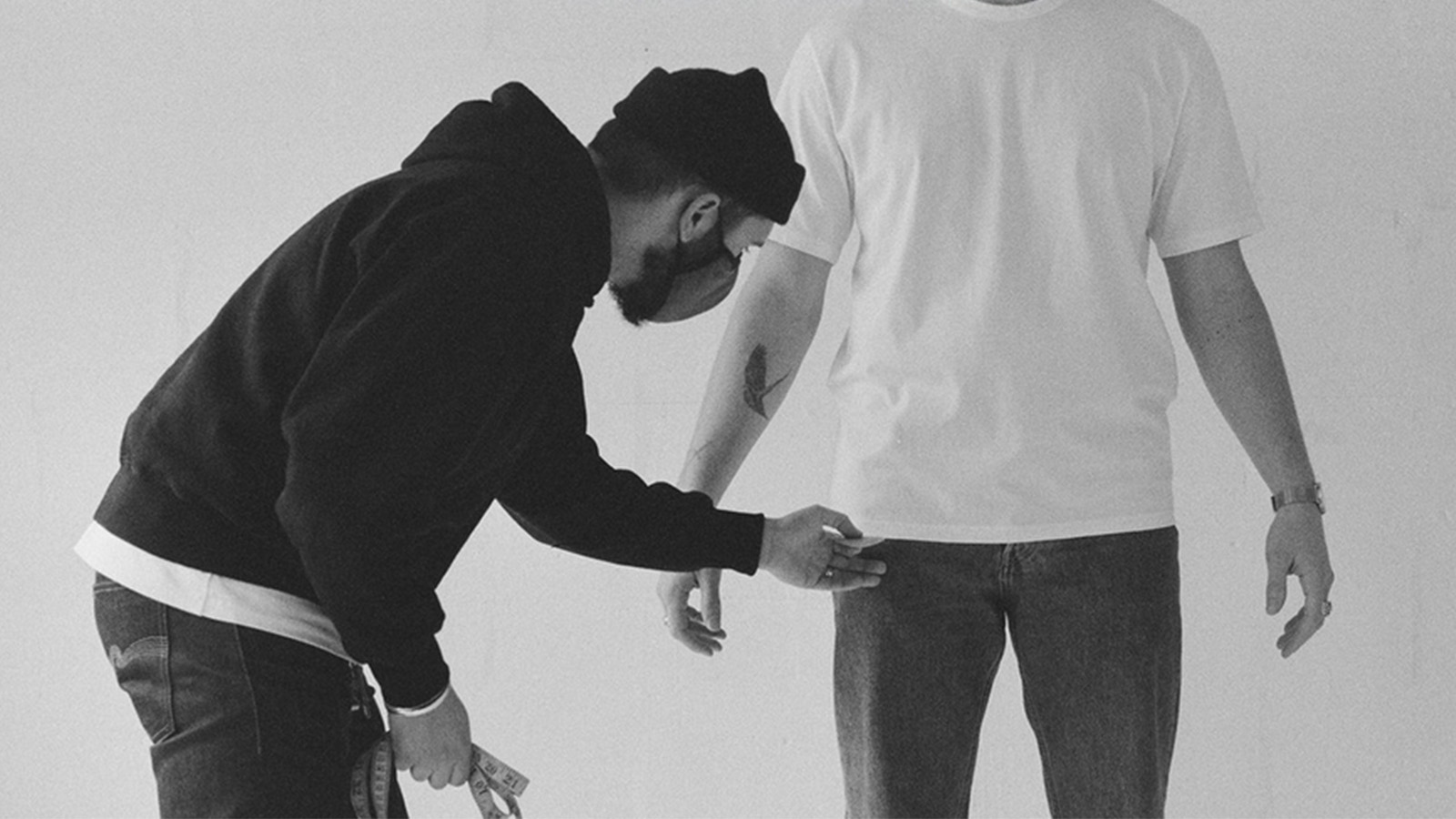 As P&Co grew, they needed a website that reflected their progression, both inside and out. This included a Shopify Plus website that gave their customers the best experience, along with a design that shared their story and attention to detail.

In the same way P&Co had moved on, so had the technology to improve the overall user experience. We built a new, mobile-first Shopify Plus ecommerce website that included advanced product filters, product wishlists, and all with increased website speed. For P&Co people, it’s never been easier to express yourself.

Brand content was an important aspect of P&Co’s ongoing strategy, so we created a content builder that gave the client ultimate flexibility. Each journal entry has customisable layouts and textures, giving each product or piece of news its own unique space to shine. We were challenged with the launch of the rebrand through our Facebook adverts.

Expanding this brand to a broader range of audience interests while ensuring the customer journey aligned and retained previous customers. Advanced interest targeting options were developed based on key marketing personas and a new advert creative strategy was developed, distinguishing the types of imagery and messages that resonated with the new personas. Utilising lifestyle and e-commerce imagery tailored to specific users in the funnel journey allowed us to deliver effective results.

Compared to Q1 YoY, we achieved: 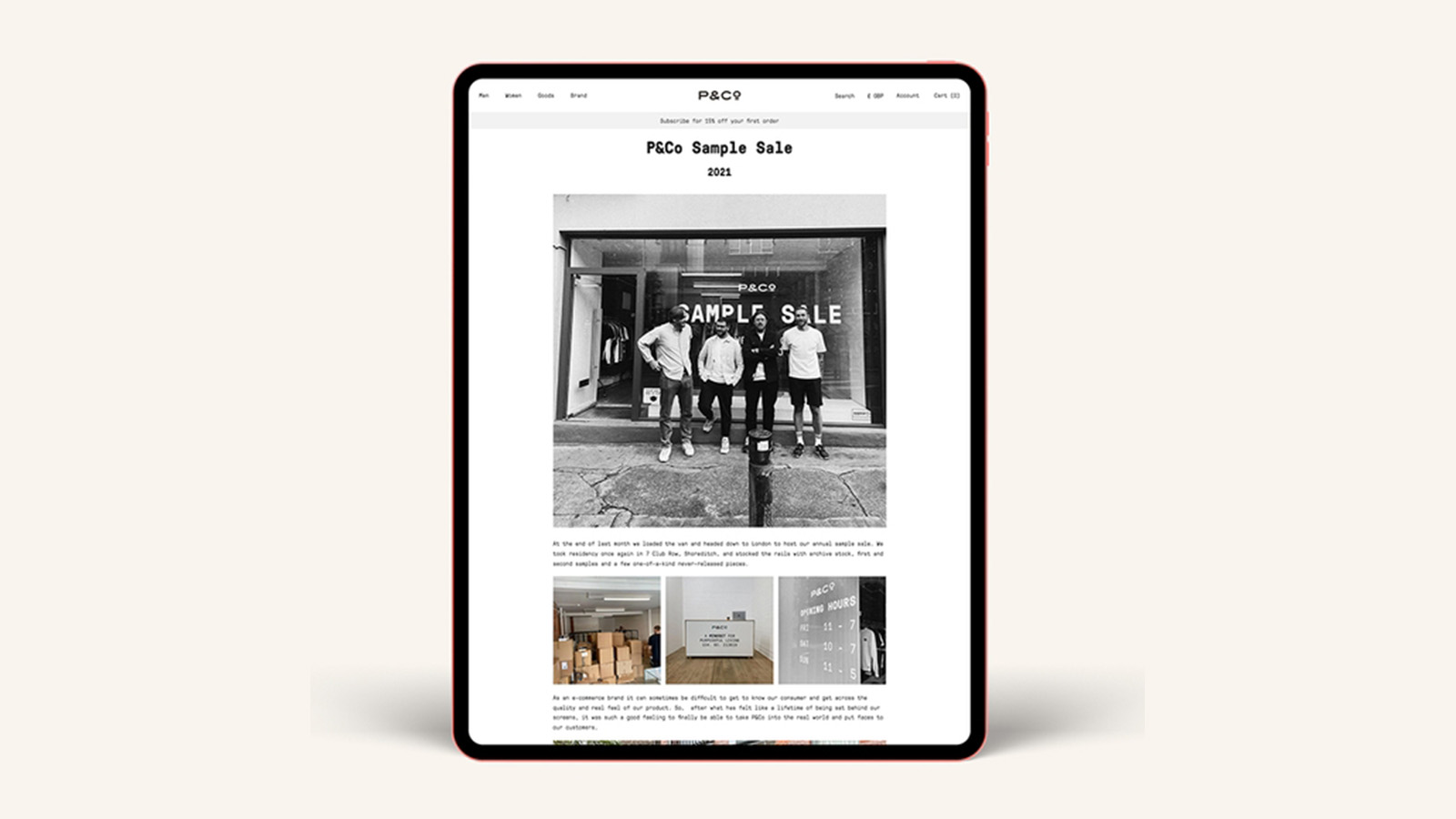 A clear success in both conversions and return on ad spend

We ran account-wide split tests on all P&Co’s new and existing Facebook ads, not only collecting data for the brand’s internal creative team to help them understand which images were most engaging but also beginning the long-term process of decreasing the brand’s overall CPC in an increasingly competitive market.

With these variant ads in place, we also made the most of Facebook’s programmatic marketing functionality, allowing Facebook Ads AI to make split-second decisions with pre-agreed budget rules. In this way, we knew our adverts were reaching the right people with the right message, and we were cost-effectively continuing our research into the most powerful adverts.

As social advertising is such an important part of the brand’s marketing mix, we expanded this beyond Facebook ROAS, wherehigh competition has resulted in naturally declining conversion rates across the industry. So, we turned to Pinterest as an alternative channel.

P&Co has such strong lifestyle positioning, a message we knew would resonate on the platform. Pinterest users are intent-driven and searching for inspiration, all with the objective of making a purchase.

With Pinterest ads, you can target by audience and keywords, combining the targeting benefits of both Facebook Ads and Google Ads. We began by giving the spotlight to specific products and targeting certain keywords, reaching new customers who were making high-intent searches, rather than just browsing their curated feed.

What began as a platform test soon became a clear success in both conversions and return on ad spend (ROAS) after only two weeks, with certain products reaching a ROAS of 8 or higher—P&COs’ women’s tote bag reached an ROAS of 12.

"We’ve worked with the team at Cake for years. They are an extension of our team, have supported our growth and kept us up to date in an ever-changing industry. We look forward to continuing our journey together!"