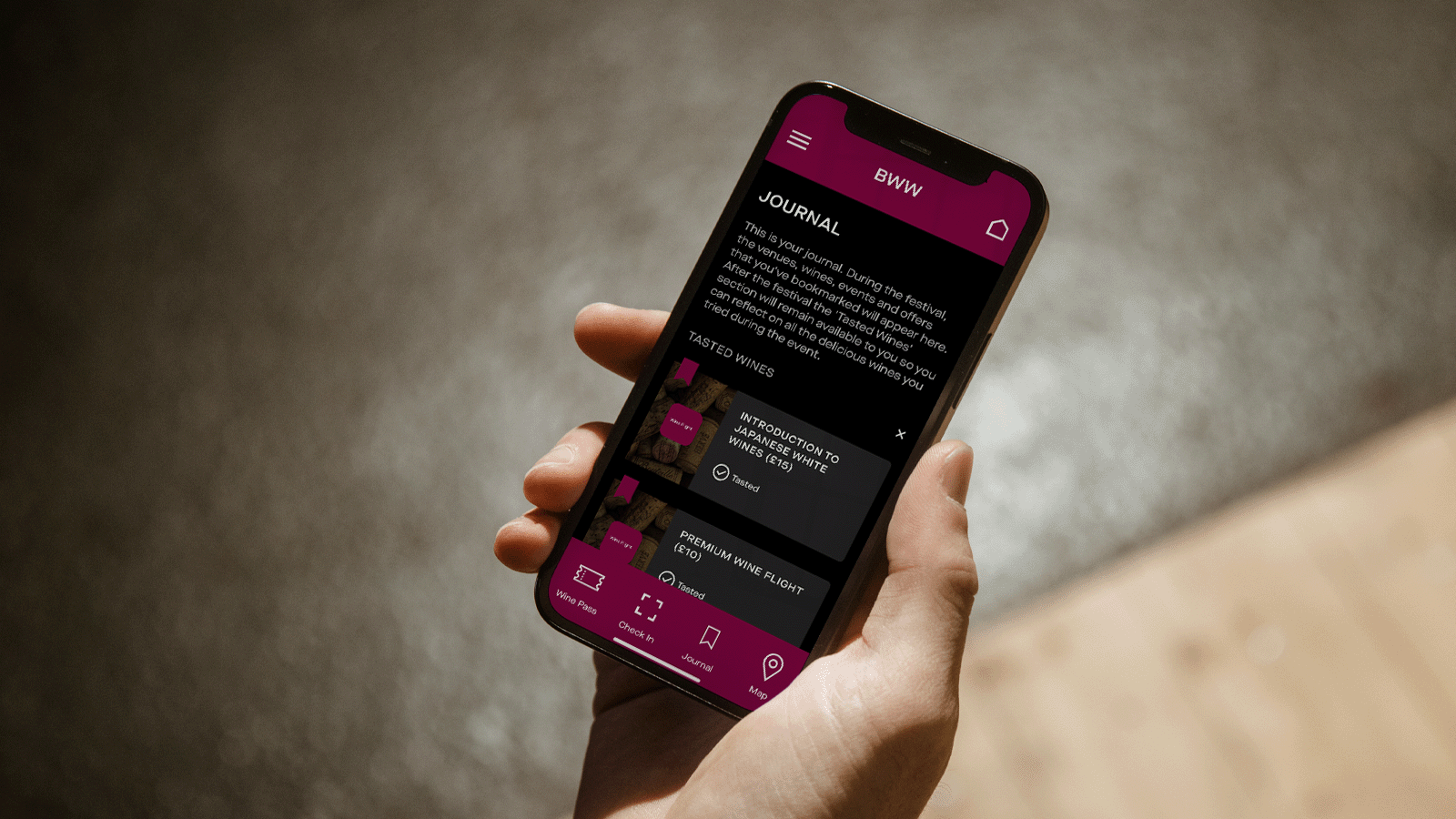 We collaborated with Birmingham Wine Weekend to digitise their event and gather more data, creating an experience as smooth as a glass of red. 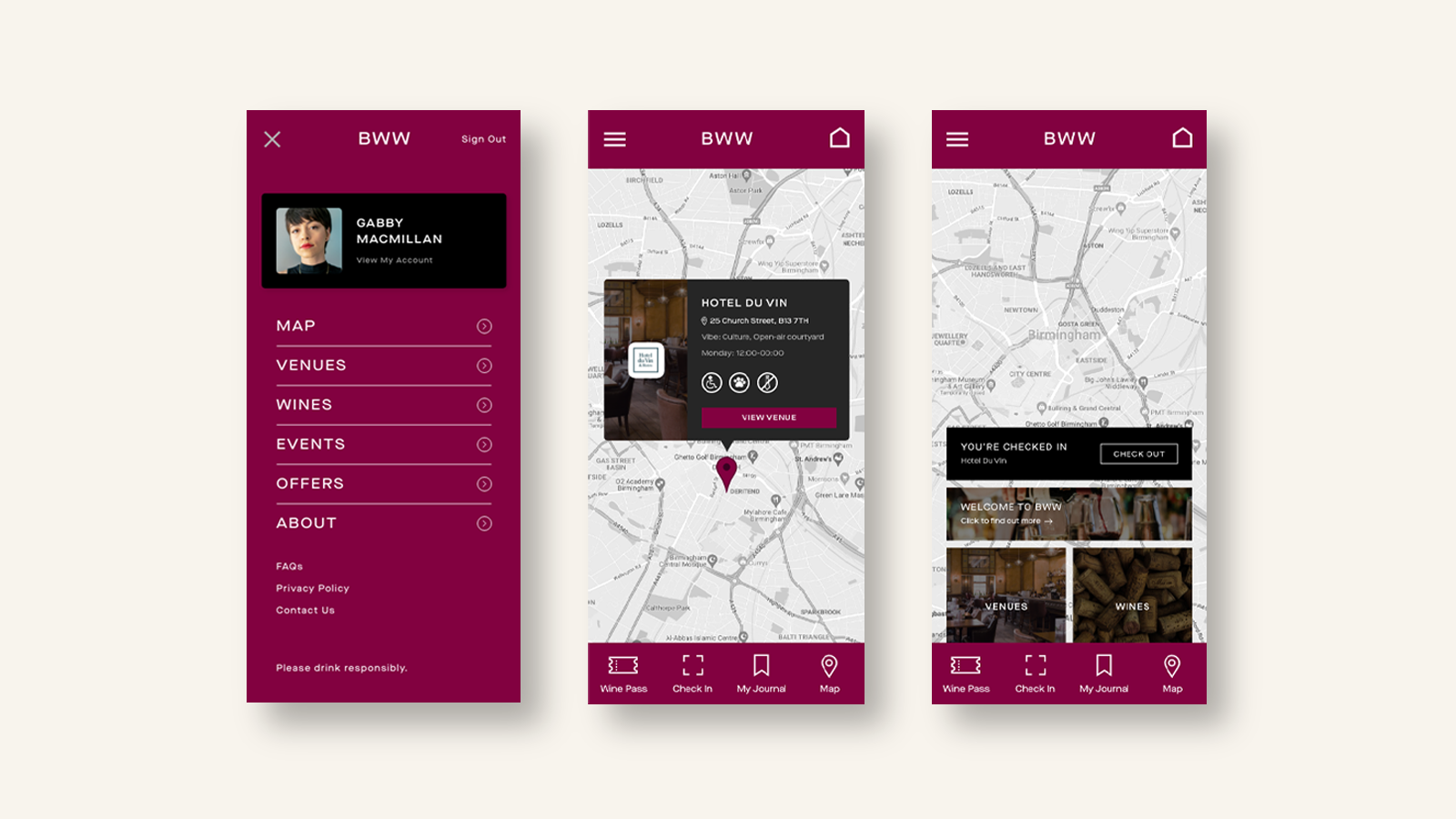 Birmingham Wine Weekend was born from the success of Birmingham Cocktail Weekend, giving the people of this fine city a week of wine discovery, jumping between hand-picked venues for exclusive offers on delicious wines, dishes, and canapés.

In previous years, the Birmingham Wine Weekend has been a manual, paper-heavy affair, with people registering for the event using forms found at events and hotel lobbies. It was time to go paperless.

In addition to digitising the entire process and event, the organisers wanted to learn more about the attendees, something which they couldn’t do from one-off paper registrations.

We began the process with a series of workshops, designed to give us a taste of what the organisers were looking for. This included:

This app took the entire Birmingham Wine Weekend online, with multiple features to capture attendees’ behaviours and opinions throughout the event.

As BWW has a more mature audience than the previous Birmingham Cocktail Weekend, there were people who were concerned that an app would be too hard to use.

So, to appeal to this audience, the style was kept low-key and mature, while the sign-up process was simplified, reduced to:

Once a person was registered for the event, their app held their very own Wine Pass, containing a profile picture, QR code to access venues, and a countdown to the event.

To suit the audience, this was styled in a similar layout to a passport, only with a more sleek design that would appeal to the wine connoisseurs of Birmingham.

Adding bespoke Wordpress functionality, the app featured a space for people to write their own tasting notes and rate wines as they visited venues, creating a more engaging experience while also creating valuable information about the wines that people enjoyed or disliked.

Even ahead of BWW, people could use the app to create a Birmingham Wine Weekend Journal, which functioned like a wishlist for wines, venues, offers, and events.

With a week of reasons to explore Birmingham, this helped attendees keep track of everything they wanted to experience.

The app also included a map with all included venues, meaning that attendees didn’t even need to exit the app to see where they were heading next.

Plus, to ensure that the app wasn’t draining battery usage too quickly, our developers set the map’s location tracking to only update every 10 seconds. Cheers to quick thinking!

BWW’s app also made the extra incentives clear, motivating people to check in at venues to receive exclusive discounts on vintage wines and food pairings (e.g. 10% off your steak).

This was vital information to the organisers, seeing which venues, dishes, and offers attracted the most attention and getting a head-start on selecting these for next year’s event.

One final benefit of downloading the BWW app was the potential of winning the Golden Ticket, giving one attendee the chance to win a bottle of wine.

As simple as it sounds, this involved targeting one specific app user at random, assigning them a token, and then sending a personalised push notification directly to their phone.

However, due to app updates and some users turning off push notifications, this was quite a manual process, something which we know can be improved on for the next Birmingham Wine Weekend.

More learnings for the next Birmingham Wine Weekend

By seeing how this app performed during this year’s event, we’re able to recommend additional functionality that will improve the experience during next year’s Birmingham Wine Weekend, including: 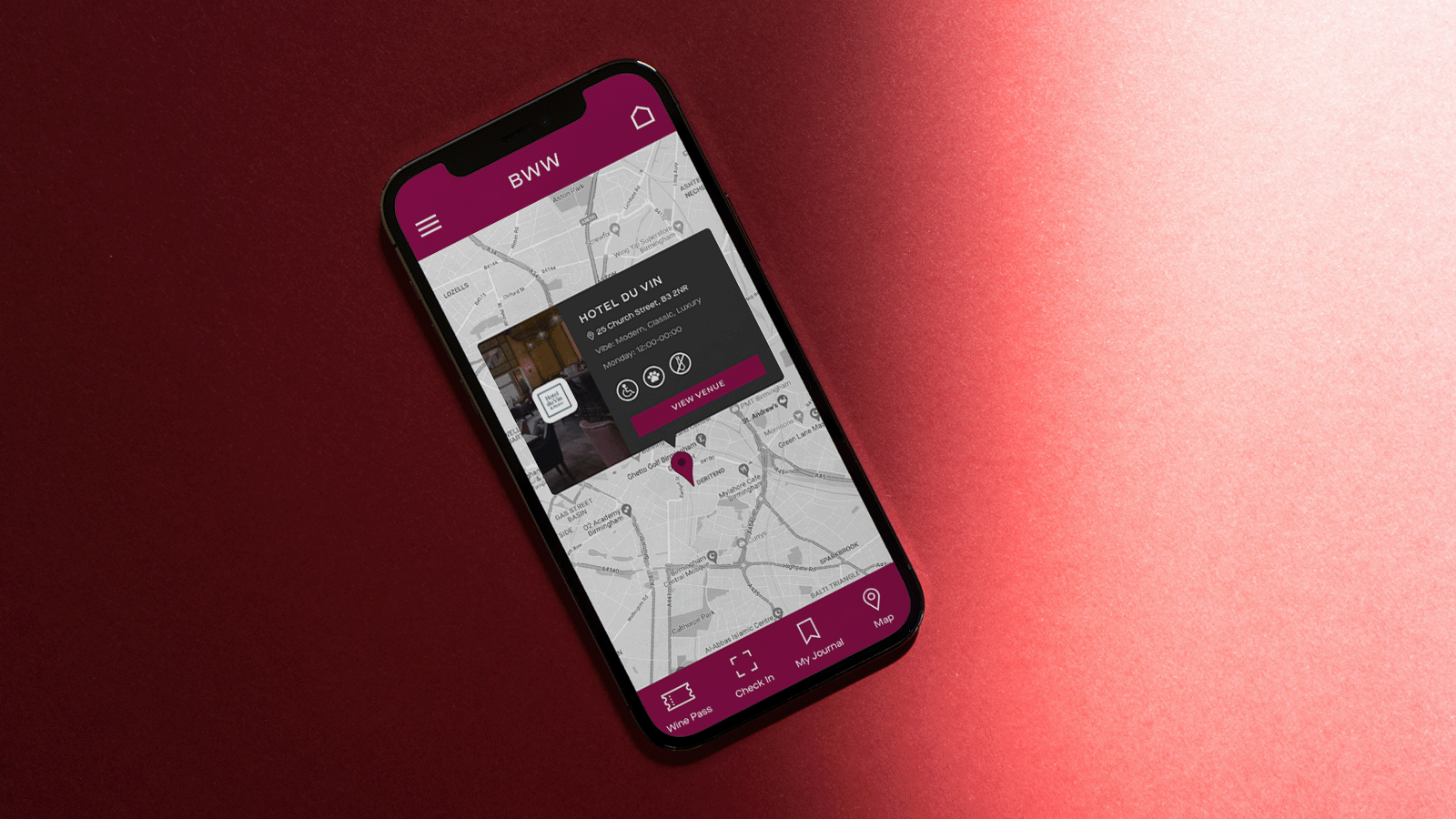 While people were exploring Birmingham, one glass at a time, the Birmingham Wine Weekend app was pouring impressive results:

"I thought the app looked fantastic and I was really pleased with the design particularly, it felt perfectly on rband and I really didn't feel like I had to work at that - the team complete got it and just made the magic happen!"