Social media never stops evolving and each month welcomes brand new updates across all of the most popular platforms. Whether it’s for your brand or your clients, your business will benefit from keeping in the loop with the latest updates.

TikTok is upping its ad game by adding a range of new ways to encourage engagement across in-stream ads, with new ‘Interactive Add-Ons’ which incorporate interactive elements into your video promotions that prompt users to take action on your ad, by inviting them into the experience.

“Interactive Add-ons offer a unique way to entice engaged viewers with popups, stickers, and other visual elements. Viewers who have shared liked, or commented on a TikTok brand video are 150% more likely to buy a product or service. Catching the eye of active consumers is made easier with these new creative enhancements.”

These Add-Ons capture the undivided attention of your audience. You can enhance your In-Feed Ads with either standard or premium add-ons, depending on your needs. Standard add-ons offer a way to reach lower-funnel marketing goals such as driving clicks and conversions, while premium add-ons offer ways to reach upper-funnel goals like brand awareness and community building.

2. Instagram tests out templates for Reel and new ways to promote Reels in-stream

Instagram is currently testing out a new way to help users create more engaging Reel clips alongside a new option to promote Reels in your main feed, as it works to compete against the rising threats of TikTok.

Starting with Reel templates, these will enable creators to use any Reel clip as a template, which then creates a framework of clips that matches the timestamp of the Reel.  An example is shared by app researcher Alessandro Paluzzi, showcasing how this new functionality will work. It can be used simply as a tool to improve the timing of your Reels or as a way to construct better content. It’s currently being tested by a group of small creators and we hope to see the expansion to a wider audience soon.

Furthermore, Instagram is looking into a new way to boost interest in Reel content with new, full-screen Reel promo tabs in the main feed.  As shared in the example provided by @marselladondi the new approach highlights several Reels within a single frame. Users can then tap on any Reel thumbnail to switch to the Reel feed or tap the ‘Watch Reels’ CTA at the bottom.

Youtube has announced that it will be rolling out its new Search Insights feature to all creators, providing a range of new data points to help refine your YouTube strategy, based on what people are looking for in the app. Search Insights will be accessible in the ‘Analytics’>’ Research’ element of YouTube Studio on desktop and will provide info on the key topics of interest among your viewers, along with the overall search volume of each, and the amount of traffic that your channel has generated based on each query.

This new feature has been compared to ‘Google’s Search Console’ and ‘Google Trends’ helping to provide more insight into what’s driving your YouTube channel traffic and how you can optimise content to align with trends. The initial rollout will only incorporate search activity from users in the US, UK, Canada, Australia and India with the full rollout being complete by the end of April.

Pinterest has announced an all-new partnership with the eCommerce platform WooCommerce, which will enable WooCommerce’s 3.6 million merchants to convert their product catalogues into Shoppable Pins across Pinterest. Primarily WooCommerce is an eCommerce plug-in for WordPress enabling WordPress users to add a product showcase to their site with this new partnership expanding their opportunities for exposure and sales.

“Our partnership with WooCommerce is part of our broader commitment to becoming the most inspiring shopping destination online. At Pinterest, we’re building a home for taste-driven shopping, and investing in new ways for shoppers to browse, discover and engage with brands. With the number of Pinners engaging with shopping surfaces growing over 20% both quarter over quarter and year over year in Q4 ‘21, this partnership gives Pinners more options to discover and purchase with confidence.”

This partnership will see the launch of a new Pinterest app within WooCommerce which will include a range of Pinterest shopping features including tag deployment and catalogue ingestion. WooCommerce merchants will also be able to create ad launch ad campaigns via the interface. In addition, WooComerce merchants will also be given beta access to Pinterest API v5, which will provide more options for building custom Pin shopping experiences.

As mentioned in our last innovation, Pinterest has announced the launch of version 5 of the Pinterest API, which enables developers to build separate applications to facilitate Pin presentation, creation and management.

“The Pinterest API (v5) is the single API for developers to build applications and solutions for merchants, advertisers, creators and Pinners to drive results on Pinterest. Developers who have been waiting years to get API access are now able to without revenue minimums. We are actively reviewing all requests to access the Pinterest API, and developers may be approved as quickly as 1 business day.”

This new API includes shopping, content and analytic elements, which enables all new functionality within third-party apps and tools, providing new ways to manage and maintain your Pinterest strategy.

Interested in how one (or more!) of these social innovations could help your brand reach more people on social media? Bring Cake into the mix and send us a message. 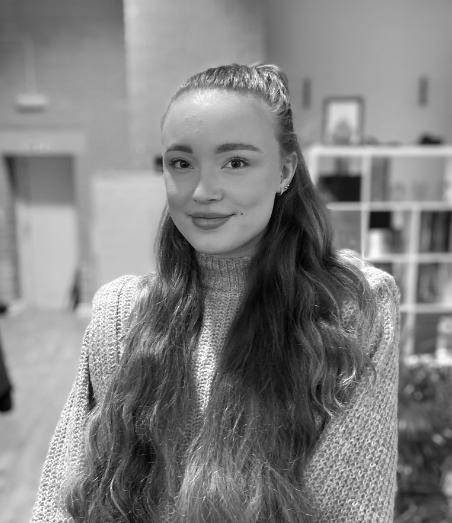